The ‘Genetically Modified’ Brinjal/ ‘Bt Brinjal’ was awaiting the Government of India’s approval for commercially production and marketing, in view of monetary benefits expected from Bt Brinjal.

However, there has been opposition from various State Governments and some sections of farmers and consumers for introduction of Bt Brinjal which was considered unhealthy to mankind in the long-run.

Due to opposition from the farmers, Honble. Minister Environment and Forests Minister
Sri.Jairam Ramesh announced the Government of India’s decision to stop the Commercial cultivation of the ‘Genetically Modified’ Bt Brinjal. 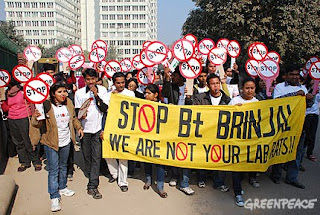 This decision came after a series of public consultations in seven cities across the country and opposition by many State Governments including the Congress-ruled Andhra Pradesh. 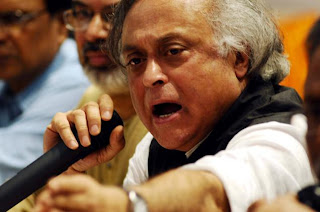 However, the Minister clarified that the decision applied only to ‘Bt Brinjal’ and does not cover future of genetically-modified crops, such as ladyfinger, cabbage and rice.