Known As: “Netaji” Subhash Chandra Bose. ‘Netaji’ means ‘Honourable Leader’ and the title is believed to be given by the people of India at large and in particular by the Indian National Poet Rabindranath Tagore.

Personal Life:
During his visit to Germany in the year1934, Bose had met Emilie Schenkl, the daughter of an Austrian veterinarian and married her in the year 1937. In the year 1942, Anita Bose, a daughter was born to the Bose-couple.

Bose did not believe  in Mahatma Gandh’s ways of non-violent / satyagraha and war without swords and blood- modes of getting India’s Independence from the Brittish.

Subhash Chandra Bose had been saying to the Indians, “Give Your Blood, I will get you Freedom”.

And due to the difference of opinions with Mahatma Gandhi and the high commands of the Congress, Bose was ousted from the Indian National Congress in the year 1939.

In the year 1940, Bose was arrested and kept under ‘house-arrest’ by the British Government and he escaped from India and arrived in Germany in the year 1941.

In November 1941, with German funds, a Free India Centre was set up in Berlin, and soon a Free India Radio, on which Bose broadcast nightly. Bose stayed in Berlin from 1941 until 1943. In 1943, deciding that Germany could not help in gaining India’s independence,  he left for Japan, traveling in the German and the Japanese Submarines.

With Japanese support, Bose strengthened ‘Indian National Army’/ (INA),  composed of Indian soldiers of the British Indian army who had been captured in the Battle of Singapore. 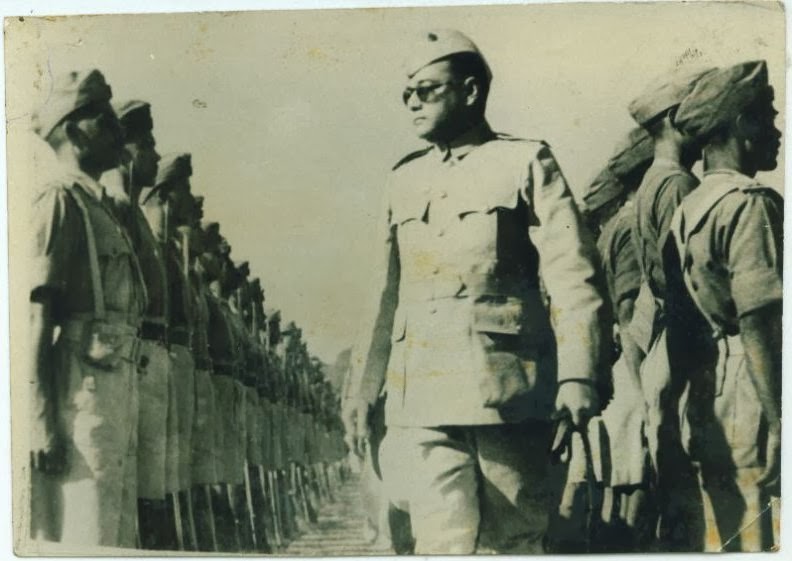 In the year 1945, while flying in a Japanese aircraft, the over-loaded plane crashed near the ‘Formosa Islands’/Taiwan and  Bose sustained third degree burns in the ‘plane-crash’ and died in a hospital in Taihoku/ Taiwan under Japan.

However, there had been some differences of opinions in the death of ‘Netaji’Subhsash Chandra Bose.  Some people believe that no such plane-crash occurred on 18th August 1945 and Bose did not die in that plane-crash.

However, subsequent to a PIL filed in the Supreme Court of India, against the matter of conferring ‘Bharat Ratna’ to Bose in view of the doubts and mystery surrounding the death of Bose, the posthumous award was not conferred on Bose, in order to recognize the sentiments of the family members of Bose.

“Netaji’ Subhash Chandra Bose will  live in the hearts and minds of Indians for ever.