Sridevi As a Child Artist

Sridevi had started “Cinema Acting Career” as a child artist at the age of just 4 years in a Tamil Movie “Thunaivan”, in the year 1967,as young boy ‘Lord Murga’.

Sridevi continued to act in Tamil Movies as a child actress and the following are some of the Tamil Movies:
“Kandan Karunai”- Sivaji Ganesan’s Movie-1967- As Boy – Murugan

Sridevi got the “Kerala State Film Award” for the “Best Child Artist” for her acting in the Malayalam Movie “Poombatta”-1971.

In the year 1975 , Sridevi acted in Bollywood/Hindi Movieas a Child Actress, in the Hindi Movie “Julie” as the younger sister of Lakshmi,at the age of 12 years.

Sridevi acted in her first adult role at the age of 13 years in the Tamil Movie, K.Balachander’s-“Moondru Mudichu” in the year 1976  with Kamal Hassan  as the hero and  and Rajnikanth as the villain.

Sridevi had been a leading heroine in Tamil, Telugu and Hindi Movies  and the following are some of her notable movies Till the year 1997:

“Gayathri”-1977, based on a novel by Tamil Writer “Sujatha” with Rajnikanth and Jaishanker

“Kavikkuyil”-1977 with Sivakumar and Rajnikanth,

“Padhinaaru(16) Vayadhinile” -1977,  Bharathi Rajaa’s Movie, with Kamal Hassan as the hero and
Rajnikanth as the villain,

“Sigappu Rojaakkal”-‘’Bharathi Rajaa’s Movie-1978, with Kamal Hassan as the hero in negative role, 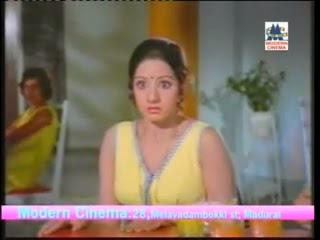 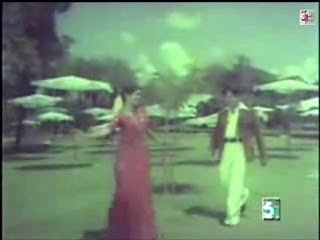 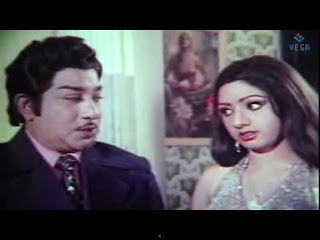 “Meendum Kokila”-1981, with Kamal Hassan as the hero, Sridevi got the Filmfare Award for the “Best Actress” for ‘Meendum Kokila’

“Moondraam Pirai”-1982, with Kamal Hassan as the hero, Sridevi won the Tamil Nadu State Film Award for the “Best Actress” for ‘Moondraam Pirai’.

Telugu Movies:
Hindi Movies:
From the year 1997 Sridevi has not acted in any movie and devoted her full time in looking after her family and children.

In the year 2003, Sridevi returned to acting field and acted in the ‘Small Screen’-Television Serial the Sahara Sitcom’s “Maliny Iyer” telecast from the year 2004 to 2005 and in  “Jeena Isi Ka Naam Hai” in the year 2004.

Sridevi appeared as a judge in the TV show “Kaboom” in the year 2005.

She performed a medley of some of her musical numbers at the 52nd Filmfare Awards 2007 function.  And she has been a member of the ‘Board of Directors’ at the “Asian Academy of Film & Television”.

On 19th  September 2009, Sridevi appeared along with her husband Boney Kapoor along with Actor-Director Prabhu Deva, Actress Ayesha Takia and the Music Duo-Sajid and Wajid on the Sony TV show “10 Ka Dum” hosted by  Bollywood Actor Salman Khan, the  for promotion of the Bollywood movie “Wanted”.

Sridevi has also appeared on ramps in “Lakme Fashion Weeks” in the years  2008 and 2010 and the “HDIL Couture Week” in the year  2009 as Showstopper for designers like ‘Neeta Lulla’, ‘Queenie Dhody’ and ‘Priya-Chintan’.

In the year 2012, Sridevi returned back to “Acting”,  after a gap of 15 long years and acted in the Hindi Movie “English Vinglish”

and she has made a history of successful come back in the history of Bollywood.

Sridevi had developed a passion for painting and in March 2010, her paintings were sold by an international art auction house and the amount collected was donated.

In 2011, Bollywood Actress-Kareena Kapoor performed a number of Sridevi’s Songs in the “Global Indian Film and Television Awards” function.

In May 2012, Sridevi appeared in Aamir Khan’s TV show “Satyamev Jayte”,  as a surprise to an interviewee who had been sexually abused as a child.

Sridevi has signed a letter to the Government of India,  in support of passing a law criminalizing sexual abuse of children initiated by the Bollywood Star -Aamir Khan.

In her acting career Sridevi has received the “Film Fare Awards” for 5 times, including a ‘Special Award’. In the year 2013, Sridevi has been awarded “Padma Shri” by the Government of India.

Sridevi has been voted as the  ‘India’s Greatest Actress in 100 Years’ in a CNN-IBN national poll conducted in the year 2013,  on the occasion of the 100 years of  of Indian Cinema’.