Friday, 27 January 2023
You are here: Home 2013 July A List of Top Indian Women Chief Executives of Banks
The Following is a List of Some of the Successful Indian Women Bankers in Top Executive Posts:-

Banking Career of Ms.Tarjani Vakil:
Ms. Tarjani Vakil is the first woman to head a financial institution in India, working in the “Maharashtra State Finance Corporation”, from the year 1956.

She had worked in various capacities in the “Industrial Development Bank of India”/IDBI from the 1965 to 1982, for 17 years.

Qualifications of Ms.Tarjani Vakil:
Ms. Tarjani Vakil  is a Post Graduate/  M.A. from University of Bombay. She joined the  ”Export Import Bank of India/ “Exim Bank”  the year 1982, from the day of inception of the bank.

Retirement of Ms.Tarjani Vakil:
Ms.Tarjani  Vakil Retired as the Chairman and Managing Director of “Exim Bank” in October 1996.

Ms. Tarjani Vakil is the Member of the Boards / Trustee of the following Companies:

Recognitions Received by Ms.Tarjani Vakil:
Ms. Tarjani Vakil was recognized by KPMG Worldwide Business as one of the top 50 women “to prove her valor” in the business in the year 1997.

Auto-Biography of Ms.Tarjani Vakil:
Ms.Tarjani Vakil  had published in the year 2011, an autobiographical sketch, for private circulation, titled, “A Mosaic of Memories”. 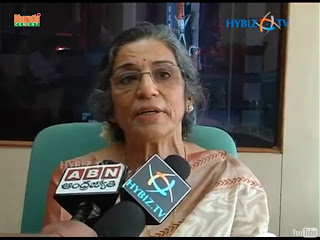 In the year 1995, she was promoted a  General Manager in Bank of India. Then,  she took over as Senior Vice-President and Chief Executive of Bank of India, overseeing the US operations, based in New York She had been instrumental in procuring for the bank ‘strong’ rating from the “Federal Reserve” in the year 1998 for the first time in 20 years,history of the bank.

Ms.Ranjan Kumar in Canara Bank:
In April 1999, Ranjana Kumar became the Executive Director /ED of Canara Bank and between June 1999 and May 2000, she had been holding the concurrent charges as the Chairman and the Managing Director/ CMD of Canara Bank.

Ms.Ranjana Kumar in Indian Bank:
In May 2000 she took over as the Chairman and the Managing Director of Indian Bank, at a time the Bank  had been in a very bad shape with heavy losses. During her tenure in Indian Bank, till  21st November 2003in Indian Bank as its CMD, she recovered the Bank from the losses and lifted up Indian Bank and made a ‘turn-around’ of the loss making Indian Bank to become a viable Bank again.-

Ms.Ranjana Kumar in “NABARD”:
From 21st November 2003, Ranjana Kumar had been the Chairman of National Bank of Agriculture and Rural Development /NABARD.

In the year 2003, Ms.Ranjana Kumar held the following various Posts:

Post Retirement Posts Held by Ms.Ranjana Kumar:
After retirement from the Central Vigilance Commission, Ranjana Kumar has been appointed, from 06th December 2011, as an Independent Director of the “ Andhra Pradesh Paper Mills Ltd”.

Ranjana Kumar is presently a Member of the Boards of Directors of Various Companies, including the following:

Ms.Ranjana Kumar is a Graduate B.A./Gold Medalist, Graduate in “Dance”, “Sangeet Bhushan”- in Musicand a “Virasha” in Hindi Language and she has  learnt “Bharat Natyam” and “Kathak”dances.

Ranjana Kumar is the recipient of various awards including the following:
Quotes by Ms.Ranjana Kumar:

Ms.Arundhati Bhattacharya (In Banking From 1977-):

She is the first woman MD of SBI, succeeding Mr. Diwkar Gupta, retiring on 31st July 2013.

SBI has 4 Managing Directors and the other 3 MDs are Mr.Hemant Contractor, Mr.S Visvanathan and Mr.A Krishna Kumar.

Career in SBI of Ms.Arundhati Bhattacharya:
Arundhathi Bhattacharya Joined SBI in the year 1977, as a Direct Recruit Officer.

Ms.Arundhati Bhattacharya had held various key positions in Credit, Forex, Treasury and Retail in SBI in various capacities as:

Ms.Shikha Sharma is presently, the Managing Director and Chief Executive Officer/MD&CEO of the Axis Bank Ltd, the third largest Private Bank in India, from the year 2009.

She has more than doubled the Axis Bank’s network to 1500 branches and 8300 ATMs.

The First Job of Ms.Shika Sharma:
She Joined “Industrial Credit and Investment Corporation of India “/ “ICICI Ltd” in the year 1980.

The other positions held by Naina Lal Kidwai include the following:

Naina Lal Kidwai was born in the year 1957. She is a Graduate /B.A. and  a qualified and professional Chartered Accountant/ CA.

She is the first woman to graduate from Harvard Business School.

From 1994 to 2002, she had served as the Head of the Investment Banking in the “Morgan Staley India” and the “JM Morgan Stanley”.

Ms.Kalpana Morparia is presently, the Chief Executive Officer/CEO of “JP Morgan, India”. She is a Member of “JP Morgan, Global Strategy Team” headquartered in New York , USA and a member of  the “J.P. Morgan Asia Pacific”- Executive Committee.
In “JP Morgan, India”, she leads the “Business Groups” of Investment Banking, Asset Management, Treasury Services and Principal Investment Management and the “Service Groups” of Global Research, Finance, Technology and Operations.

Ms.Kalpana Morpanria is a Board Member of the following Companies:

Ms.Kalpana Morparia is a Graduate in Science and Law from Sophia College, Mumabai/the University of Mumbai. She  is an expert in Taxation, Corporate Communications, HR and Investor Relations.

She joined the Industrial Credit and Investment Corporation of India/ICICI Ltd in the year 1975.

Chanda Kochhar is presently, the Managing Director and the Chief Executive Officer/MD &CEO of the “ICICI Bank”, the largest Private Bank and the Second Major Bank in India, from May 2009.

Date of Birth and the Qualifications of Chanda Kochhar:
Chanda Kochhar was born on 17th  November 1961 in Jodhpur, Rajasthan. She is a Graduate / B.A. from Jai Hind College, Mumbai. She has obtained a Master’s Degreee in Management from the “Jamnalal Bajaj Institute of Management Studies”, Mumbai.

The First Job of Ms.Chanda Kochhar:
After her Post-Graduation, she  joined the “Industrial Credit and Investment Corporation of India”/ “ICICI Ltd”, as a “Management Trainee” in  the year 1984.

Promotions of Ms.Chanda Kochhar  in ICICI Bank:
After 9 years of her efficient and hard work she became a part of the core team formed to set up the ‘ICICI Bank.

In April 2006,she was appointed as the “Joint Managing Director”/JMD and the “Chief Financial Officer” / CFO of the  “ICICI Bank”.

In the year 2002, the ICICI Bank bagged the “Excellent in Retail Banking” Award by the ‘Asian Banker’.

Awards&Recognitions Received By Chanda Kochhar:
Chanda Kocchar has been honored with prestigious awards including the following:

The Present Position of Ms.Vishaka Mulye:

Ms. Vishka Mulye is presently, the Managing Director and the Chief Executive Officer/MD&CEO  of “ICICI Ventures”, from 20th April 2009 .

Ms. Vishakha Mulye is a Graduate in commerce  from Mumbai University, and a Chartered Accountant / CA.
Career of MS.Vishakha Mulye in the ICICI Group:

Ms.Vishaka Mulye  was selected as the “Young Global Leader for 2007” by the ‘World Economic Forum.’
Related Reading:
“A List of Top Indian Women Executives in Various Fields”